They Can't Even Threaten Us in ENGLISH!

Iran rejected the sanctions imposed on him by the UN by refusing to halt their buildup of uranium. Big surprise. The foreign minister of Iran, said in Persian through a translator, (what a joke!) that the sanctions were "illegal, unwarranted and unjustified."

Explain it to me like I'm a six year old. A president of a country, during one of his speeches, shouts "Death to America" and "Death to Israel", builds up nuclear weaponry, kidnaps British sailors on a surveillance mission, and then says imposing sanctions on things we shouldn't be giving them in the first place, is "illegal, unwarranted and unjustified"? Is he 'snorting crack for Mohammed' or what??!!

He then goes on to say that the 'world' can either continue talks with them, after they refused to show up at the negotiations, or face a "confrontation."

Then, in Persian through a translator says "Choosing the path of confrontation ... will have its own consequences". Hmm...wonder what that means?

Anything to do with this? 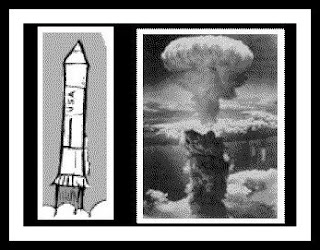