George Not On My Watch List of People to Watch

Hey George, before ER, what were you doing?

After ER, where did you make the big bucks? Yeah, that's the ticket, in the good old US of A! How about helping the poor in your own country FIRST??!!

Oh, and FYI, Myanmar doesn't trust aid from the US. How many of us give a flying frappe about Myanmar? Show of hands please! No one? I didn't think so!

How about giving that aid instead to the victims of Katrina?

What's the Deal with the Pregnant "Man"?

I just watched the 'man' who reportedly is pregnant? I don't care what anybody says, he/she is NOT a man, he/she is a woman!!! I really don't care or want to know what body parts he/she has had chopped off, how many hormones he/she has been pumped with, it is still a woman. So what's the big deal about he/she being pregnant? '

Now I'm confused!!! Where is the world headed? To a very dark place if this kind of lunacy is allowed to continue!

And Oprah has the daughters of the he/she's spouse sitting there saying that their parents are just 'normal' people who are happy and blah, blah, blah....Come on Oprah, how much did you pay them to say that? Normal...Normal? How stupid do you think we are? Apparently, the American public has become stupid watching this drivvle. Oprah's obviously running out of ideas and is borrowing some from Maury Povich's vault where the show "The Man with 3 Penises" is kept.

Put on a show about a dog who used to be a man and maybe I'll watch it. Why not? It's just as ludicrous!

CSI Star Won't Do Time for Drug Possession; What a Shocker!

Look! Carter Thinks He is the Reincarnated Gandhi, the new peacemaker for our Generation! 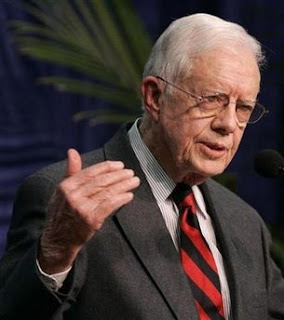 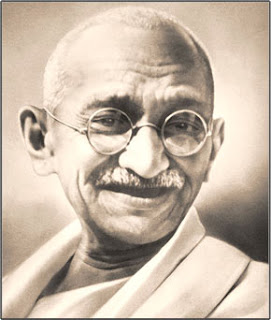 God Help Us All!

Here is what Jimmy Carter thinks of the Jews:

UNBELIEVABLE!!! that he was actually a US President, but wait so is Obama, so go figure!!

I watched a show on the Biography Channel last night that showed how much of the Earth's resources one average American uses in their lifetime. The show was hosted by Elizabeth Vargaz, which bothered me from the beginning. The way she kept pronouncing "average American", reminded me of the way Ryan Seacrest says, "This is AMERICAN Idol". She was deliberately putting the emphasis on it as though America is to blame for all the waste going on in the world.

First of all, anyone named Vargas really shouldn't be telling Americans what they're wasting. I'll tell you what is a waste, the amount of money we're paying Vargas to report such drivel.

Having said that, why doesn't she go back to a time before the french-fried freaks of France gave us the STUPID Statue of Liberty, and see how much less of the Earth's resources we were using BEFORE the 'huddled masses' started pouring through the floodgates of America? Are we supposed to believe that the millions of illegal immigrants in AMERICA are not eating, using diapers, driving cars, blah, blah, blah!!

What a load of crap!

Here's how I look at it. The entire world is in such poor shape that my offspring don't want to bring children into this world. Since the so-called global warming isnt' supposed to happen until my generation and my children's generation is long gone, who cares how much bread or milk I'll consume in my lifetime. How many diapers is the illegal immigrant using, when she is having baby after baby, aka Automatic American Citizen, and hogging up her share of the Earth's resources.

Day of Observance for Cesar Chavez???!!!!

Did I just hear that right on tv? I guess this is what they call WTF TV!!!!

How about a day of observance for JFK??!!!

See what's happening to our country? If Obama or Clinton become President, we will all be experiencing the beginning of the end!! 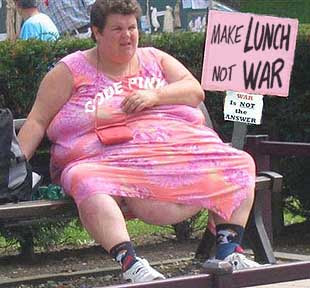 Hey California, what if your daughter brought this home and wanted to marry it? That'd be okay with you? :P

That last picture is a doozy!